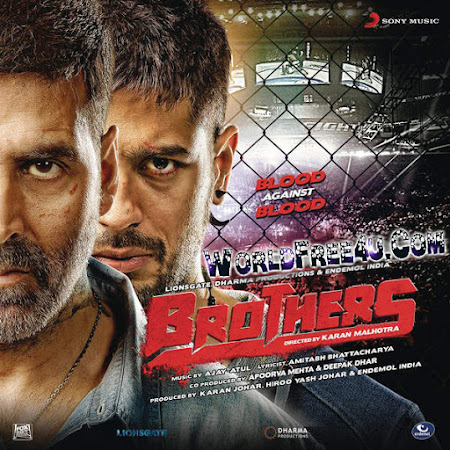 Synopsis: Brothers is an upcoming Indian action-drama film, based on Mixed Martial arts (MMA) directed by Karan Malhotra and produced by Dharma Productions, Lionsgate Films and Endemol India. The film is an official remake of the 2011 Hollywood film Warrior. It stars Akshay Kumar, Sidharth Malhotra and Jacqueline Fernandez in leading roles, while Jackie Shroff and Shefali Shah play the supporting roles. The first look poster of the film was released on 9 March 2015.