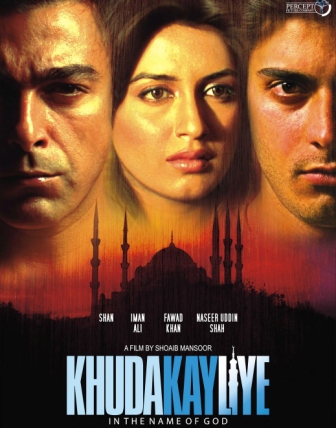 Synopsis: After going through a bitter divorce through a Caucasian wife, U.K.-based Hussain Shah now lives in a common-law relationship with another Caucasian woman. Angered that his daughter, Mary, is dating a Caucasian male, Dave, he counsels her to stop seeing him as it is forbidden for women to marry outside Islam. But when Mary persists, he relents and permits her to marry, provided she travels with him to Lahore, Pakistan, to meet his estranged mother and brother, to which she agrees. Once there, Mary is then taken to a remote area in Afghanistan and forced to marry her cousin, Sarmad Khan, a singing artiste, who has turned conservative after being influenced by Moulana Tahiri. Sarmad’s brother, Mansoor, re-locates to Chicago, to enroll for music lessons with Professor Lincoln, meets with Caucasian fellow-student, Janie, and both fall in love with each other. Than the events of 9-11 will result in Mansoor’s arrest by the CIA. He is isolated, humiliated, fed pork, tortured endlessly until …